Five years ago, we were only a couple months away from moving into the first floor of our new house that we'd built from the foundation up with our bare hands. One of the finishing touches on our yard was to install a greywater irrigation system with the intent of growing fruit trees and saving water at the same time in a semidesert climate. I'm happy to say that the results have been one of the most amazing things I've experienced while living in Mexico. 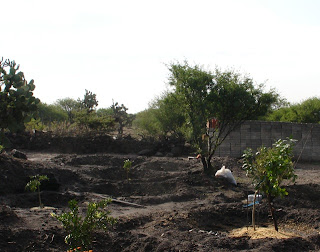 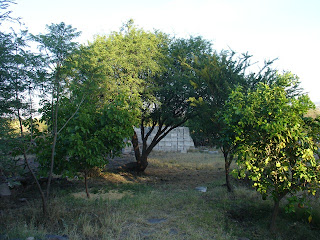 I added a couple other before and after photos and a bit of an explanation about greywater to my ecological gardening page on my site, Los Mesquites. The update is partially in preparation for a greywater workshop I'm planning to give next month, but inspired tonight by a salad I made with the last grapefruit I plucked from the tree of this past season's crop. I call this picture 'grapefruit, AFTER.' :) 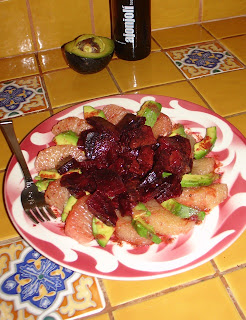 In addition to the grapefruit,  we've been picking mulberries this month, which have been few but tasty. Standing under the mulberry tree and handing fresh fruit to my daughter who really enjoys them, I can't help but think that there are few things as satisfying as growing a tree from a tiny sprout on your washwater and then enjoying the fruit that they bear.


Before (view of recently installed greywater drainpipers, May 2007) 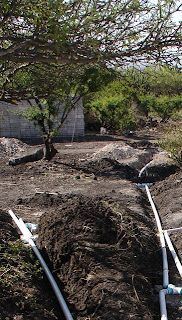 After (view of mulberry tree with pomegranate, guava, and daughter in background, April 2012) 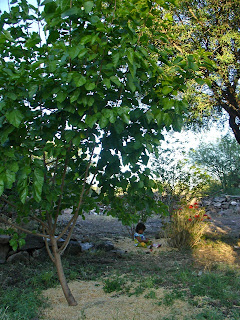