Some family of mine visited for the first time this past week. As is apt to happen, when comparing the U.S. and Mexico, we got off on a spirited detour about the direction in which the U.S. government is headed.
I had remarked how ironic it was that the direction of the effect of current U.S. policies (slashing essential public programs, failing to support universal education, lining the pockets of the wealthy, etc.) are sending our country down a similar path as Mexico, where growth is occurring in some sectors, but because of the monopolies and corrupt bureacracies, a lot of the "progress" truly benefits only the rich, leaving the majority of the country stuck about 40 years in the past, maybe more.
My motivation in saying something like that was probably stemming from a sense of helplessness at only being able to watch what goes down in the U.S. from afar, also a fear that things I most cherished about my home country, like great free education, are at risk.

But then something hit me—part of my imaginary equation was off, and not in the direction I'd anticipated. Just the day prior, I'd visited the Queretaro General Hospital ER for a large wasp sting that had gotten worse and infected. I was seen immediately, administered a shot to reduce the reaction, and sent home with medicine—all in under 1 hour's time, and all free, under the Seguro Popular federal medical care program. 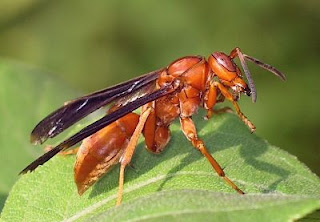 I first enrolled in 2010, before my daughter was born. I'd been able to pay for private doctor's office visits out of pocket up until then, but was worried about potential accidents, my inability to afford private medical insurance, and wanted a sort of catastrophic family medical insurance. So far we've only used it for severe insect bites—Margo also got treated for one, last year, when he was stung by a scorpion. But it's a relief to think it's there when we need it.
Suddenly, on my imaginary scoreboard between the U.S. and Mexico federal benefits to my family, I was left staring at a big fat 1-0, with Mexico on the unexpected left hand side.
Inside, I felt outraged, shocked, even a little dismayed. How could it be that the glorious U.S. of A could be down on the count, and of all rivals, with Mexico? There had to be something I was missing.
I racked my brains for things the U.S. federal government had done for me (a direct benefit, not some sort of trickle-down benefit) and my inner conscience immediately felt lame doing so, especially after hearing the words of JFK, "ask not what your country can do for you," first inside my own head, and then from my uncle sitting next to me as he invoked the time of the Kennedys.
It was as if I had an inner anti-governmental critic meter and some alarm was getting sounded. Over the years my morality meter had driven me to do well in school, honor my family, work, pay taxes, volunteer, sit on boards of directors. It had allowed me to practice freedom of speech by being critical of government policies, an environmental activist, and even challenge the morality of current U.S. immigration policies. But somehow wondering what direct personal benefit I'd gotten with my U.S. membership card felt sacrilegious. What felt especially weird was having spent the last 7 years up in arms about not being able to go back home to the U.S. with my husband and daughter, as a complete family unit. It was a very weird feeling indeed.
But what was worse was not finding any answer to counter my suspicion, that the score was still 1-0. All I could think of was having to pay taxes since I started getting W-2s when I was 16 years old. The next thing I thought of was my $20,000 college scholarship through the National Science Scholars Program that had gotten revoked as a result of Newt Gingrich's contract with America the summer of 1995, leaving me with just under that amount of debt 3.5 years later after graduating.
The response to my question I posed to my family was disturbingly spare. After asking in earnest for the third time if I was being rash, if I was missing something, my uncle said, "Let it go already...you may just have to accept that things aren't really what you thought."
That seems to go without saying—this isn't the first time that the dual allegiance I've been obliged to forge in the throes of forced expatriation has caused me to question everything I've known to be true.
That part of me that still wants to see that scoreboard blowing up on the right hand side is not just juvenile fantasy, but self-preservation, in that restoring something from ruins is usually a lot harder than preventing something from falling apart in the first place. On the other hand, maybe a middle ground would be to allow something to grow and evolve. That's been my wish ever since it became clear to me at 12 years old that our country's oil-dependent economy would need to sprout new wings and let the dinosaurs go the way of oblivion. What saddens me as an adult is that the country I thought the most innovative and capable of progress—my own—still really has so far to go.
Posted by Nicole at 8:15 AM